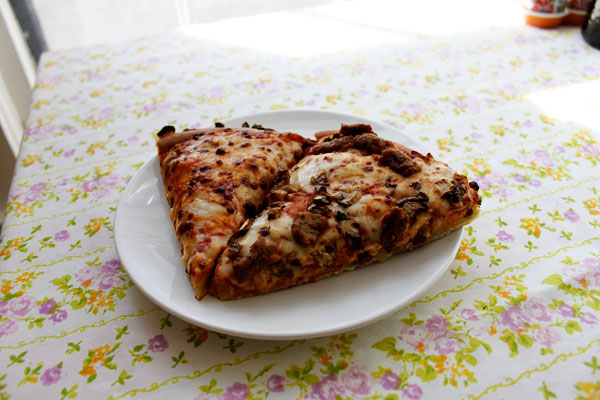 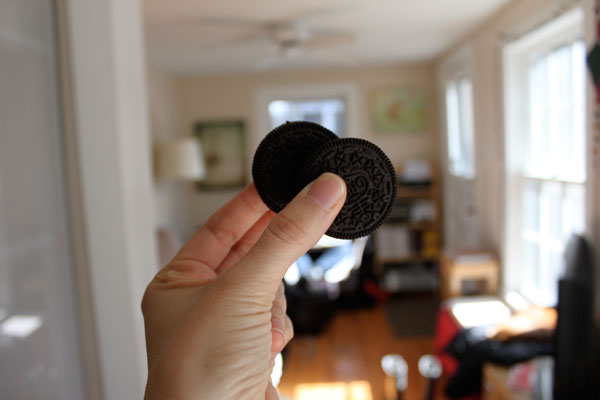 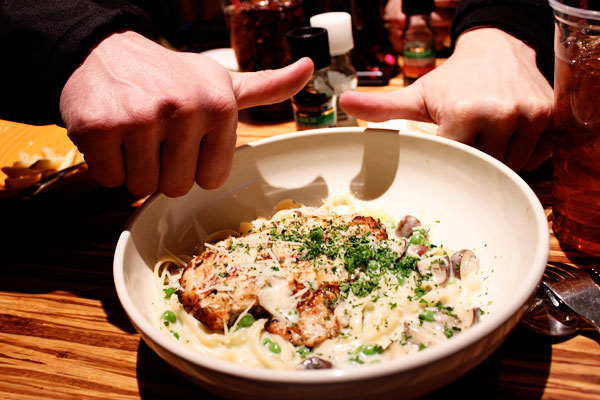 Dinner with Bryan and Jason at Cafe Express: some kind of chicken alfredo pasta dish. I thought it was pretty good, though probably very fatty. Bryan and Jason gave it two (sideways) thumbs up. 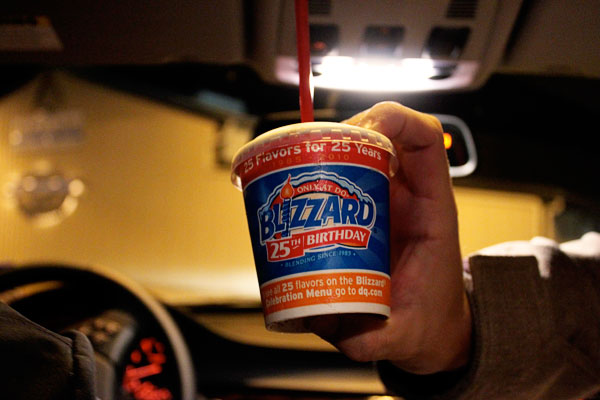 Dessert: mini-Reese’s peanut butter cup Blizzard from Dairy Queen. Jason is a HUGE fan of Dairy Queen, so Bryan took us there after dinner for Blizzards. They have these mini sizes now, which is good, because I usually just pick out the candy and leave most of the ice cream, and now I won’t waste so much. 🙂

Also, we had Bryan’s 7-week old son Anderson with us, but I didn’t take any pictures because he was fast asleep in the covered carrier all night. I did risk waking him up at the end of the evening, though, when I had no choice but to smother him in kisses. He’s so cute.

And also, it snowed! 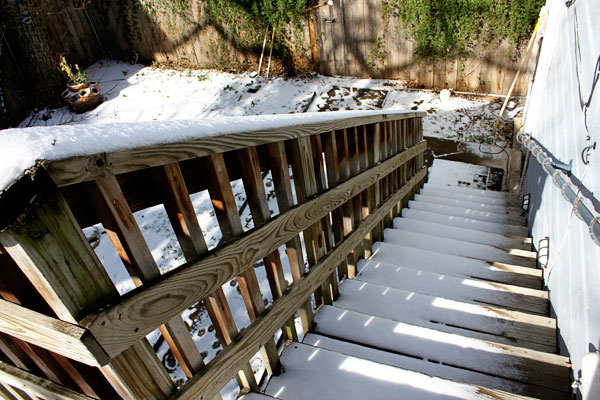 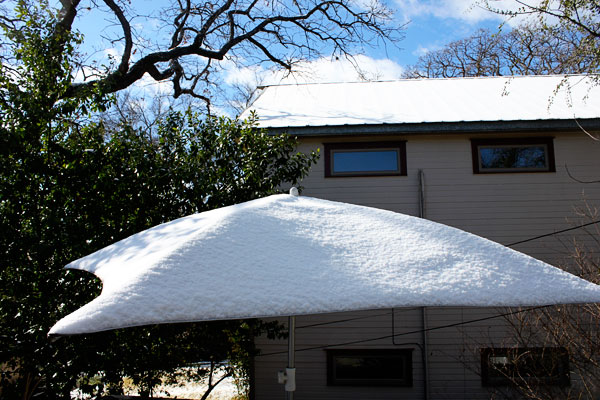 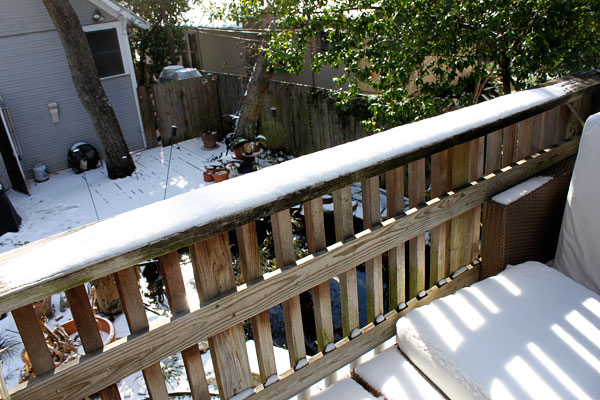 Probably about an inch. This is nothing to most of you, who actually get a real winter every year, but we never (NEVER) get snow in Austin. Actually, I think last year we had flurries for about 4 1/2 minutes one afternoon, but that’s about it. So since the roads were icy, and we Austinites are horrible at driving in any kind of inclement weather, there were a lot of road closures, and more importantly, my office was closed! So I had the day off, which I spent making final book edits, napping, and reading. It was quite lovely.

Hope you’re all keeping warm out there – we’re supposed to be back up to 59 degrees tomorrow.