Today I met my friend Shara for lunch at this tiny little Vietnamese cafe called Tam Deli & Cafe. I had never seen it before, and probably would never have tried it if Shara hadn’t introduced me to it…but I loved it!

The menu was HUGE…so many options…but I stuck to one section that seemed intriguing…Vietnamese sandwiches. I had heard about these, but had never tried one. I love the mix of French and Vietnamese…toasty baguette stuffed with ham, pate, carrots and peppers. It was so delicious, though the pate became a bit rich after half a sandwich. I think next time I might try the roasted chicken or tofu and veggie sandwich. 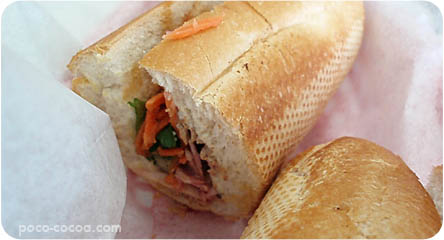 We also had spring rolls, loaded with veggies and served with the traditional sweet dipping sauce. (What is that sauce called, anyway?) I thought these rolls were tastier than many I’ve tried, even without the sauce. 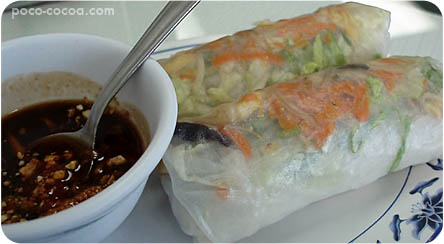 And for dessert? The lightest, airiest, smoothest cream puff I’ve ever tasted. They were cool to the touch, flaky and soft, and filled with a delicious cream that wasn’t too heavy or too sweet. 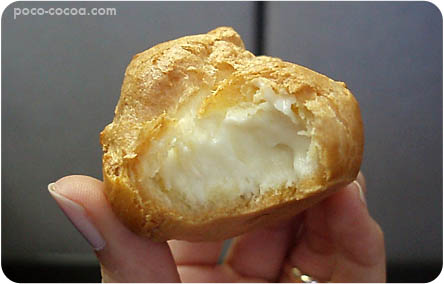 I’m anxious to find more little cafes around the area where I work, and I had forgotten about the large groupings of Asian restaurants and grocery stores in that part of Austin. I should try them all, just for comparison’s sake, don’t you think? 🙂