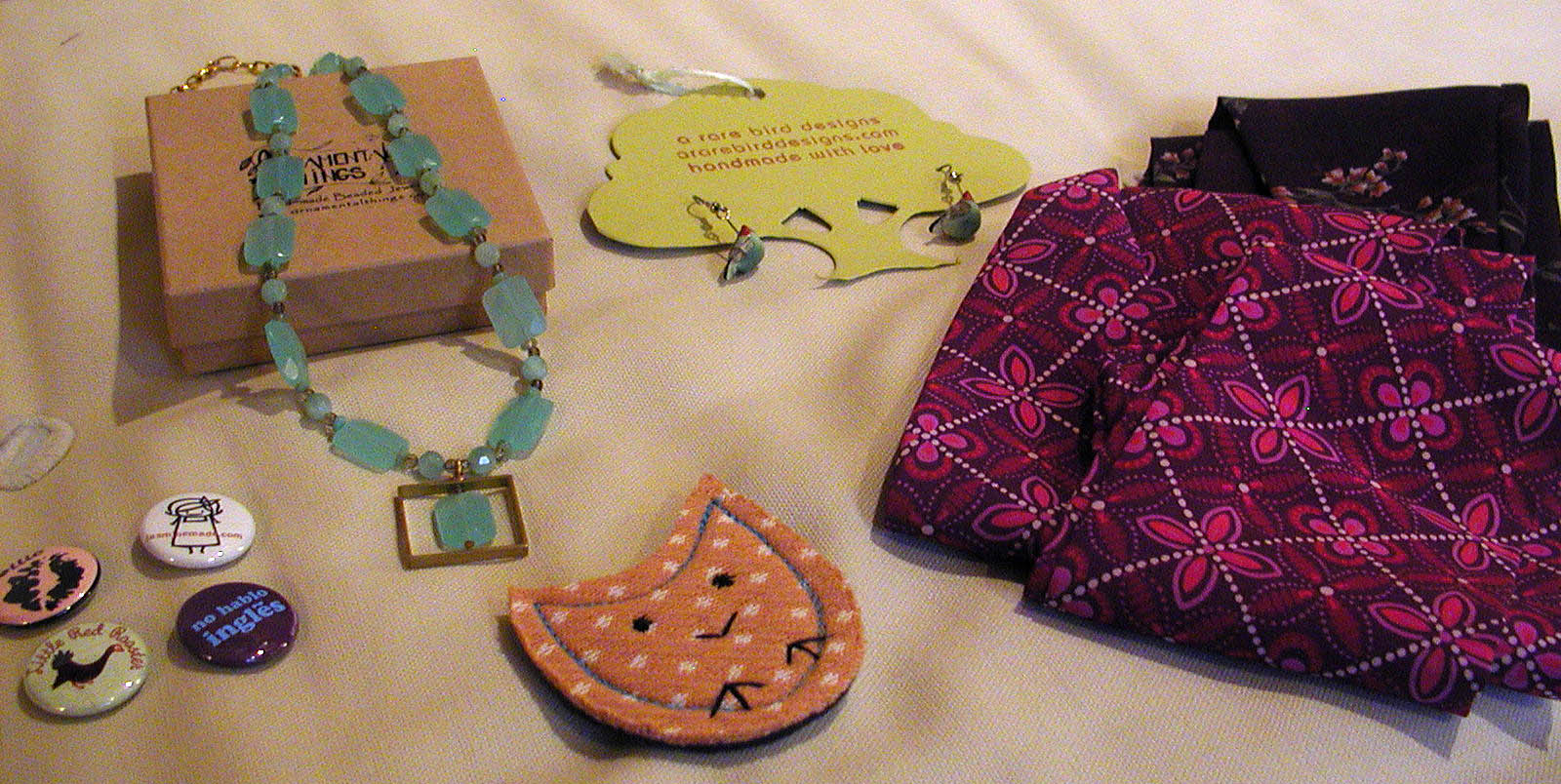 Last night, Justin, Leti, and I attended Stitch, a fashion show and guerilla craft fair. Ohmyga! It was so amazing! I had so much fun.

There were tons of booths from local crafters, mostly young women, selling handmade items…jewelry, scarves, hats, clothing…it was almost too much to bear. Stitch defines itself as a “handmade revolution,” a movement toward hand-crafted items instead of mass-produced pieces that have been slaved over in foreign countries. I like the idea.

We shopped (and shopped, and shopped), and I ended up with two hair scarves, a gorgeous necklace, bird earrings, a cute owl pin, and several tiny pins. I had a budget, and I went over by one dollar, which I borrowed from Leti (thanks Leti!).

But what I was really happy to come home with, aside from my purchases, was tons and tons of inspiration. I left that place feeling like I could create anything, like there was nothing I couldn’t put together with my own two hands.

The best part of Stitch was the fashion show. Several local crafters were chosen to design a small line of clothing, and had access to four models a piece. I was just in awe of the talent these girls have. The models came down the runway with totally wicked clothing, bags, jewelry, and hats…all hand-crafted.

I had such a great time, and I’m looking forward to next year. One vendor saw my paper wallet, and asked whether I was selling them. She thought next year I might be a participant in Stitch, too! Hmmm…..