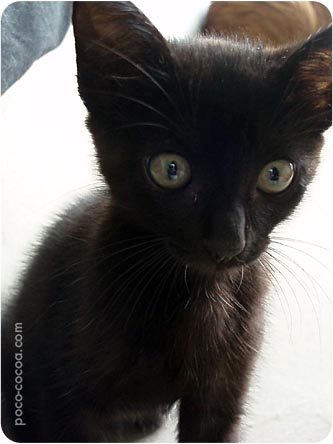 This is our new baby. She was one of four kittens that we found outside our office, thin and hungry and seemingly alone. A few of us stayed late one night to play “Capture the Kittens,” and then we found homes for all of them. I loved Miette from the beginning…she was definitely the most mellow of the four. Not so anymore. 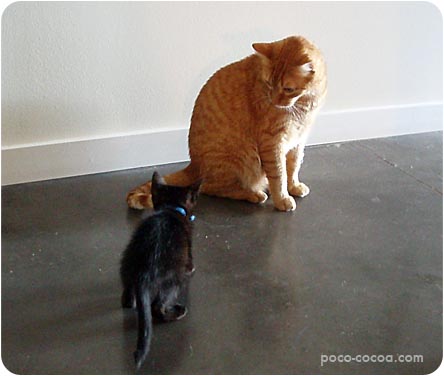 When we first got her, we didn’t know if she was a girl or a boy, so we just called her “Little.” Our vet’s office still calls her Little. Actually, we still call her Little sometimes, too.

We’ve started calling Roux “Big.” Partially because he’s gained yet more weight, but mostly because he just looks so darn big next to Little. 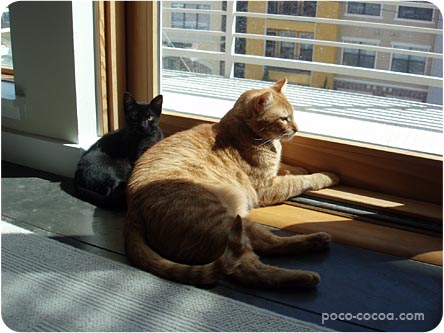 They’re mostly friends, though Miette tends to pester Roux until he finally pounces on her and gives her a growl. 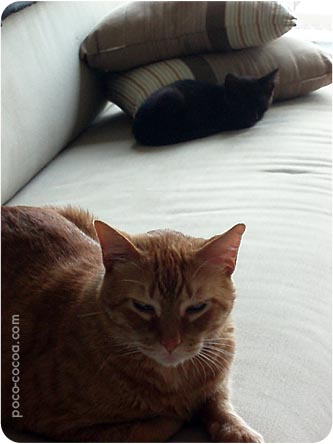 She also likes to fall asleep on my lap, or next to me in bed, though she never stays there. She does come back around 5:00 a.m. to pounce on our legs and remind us that she and Roux are hungry. 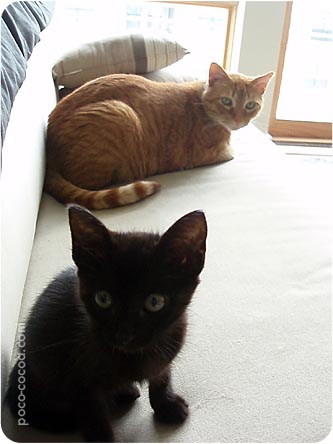 She talks a lot, though it’s just a teeny squeak. So cute! And occasionally she goes berserk, racing across the living room, jumping from couch to couch, and generally being chaotic. 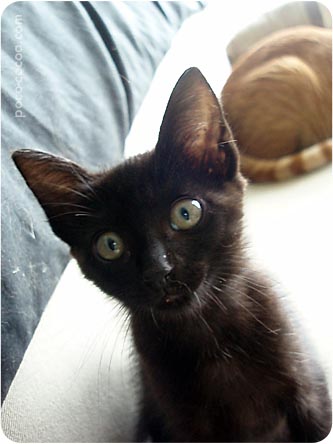 Ah, my little Miette. I already adore her!

Summer eats, courtesy of my iPhone