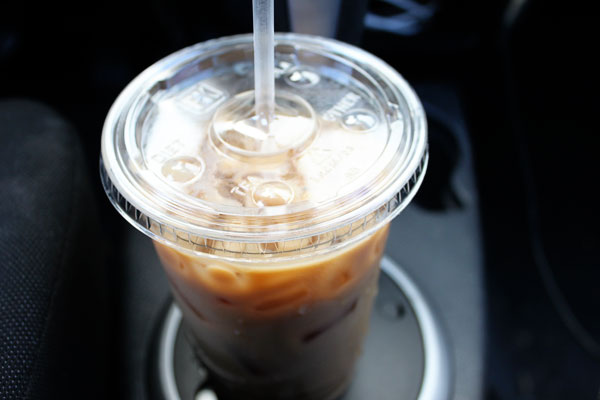 Breakfast: I stopped at the farmers’ market to pick up our growler of cold-brewed coffee from the Tipsies. I got a mocha to go, and I think it’s official – I’ve moved on to less-sweet lattes. 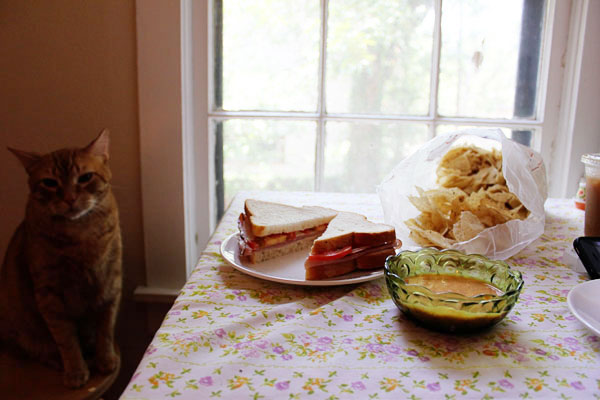 Lunch: Ham/swiss/tomato/butter sandwich, plus chips and queso. And Roux. Justin watched the women’s world cup on his iPhone while we ate. (Japan! Who knew?!) 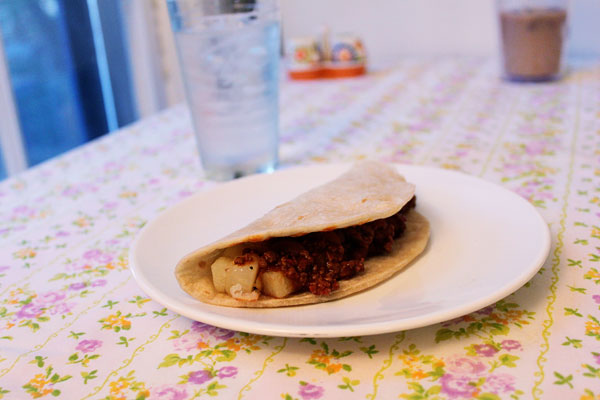 Dinner: Fried potato and red chile-beef tacos. We made red chile sauce, then used that to make a ground beef and bean topping for the fry bread tacos we’re making at tomorrow’s supper club. We figured we could spare a bit for our tacos tonight. 🙂 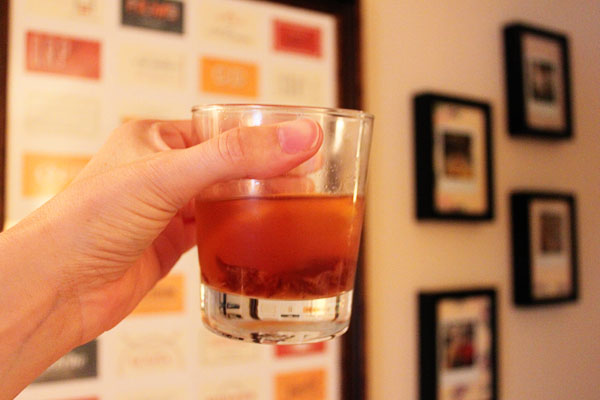 Drink: Justin made us rye old-fashioneds. I’m a cheap date, because I like Old Overholt, which is maybe $14 a bottle. 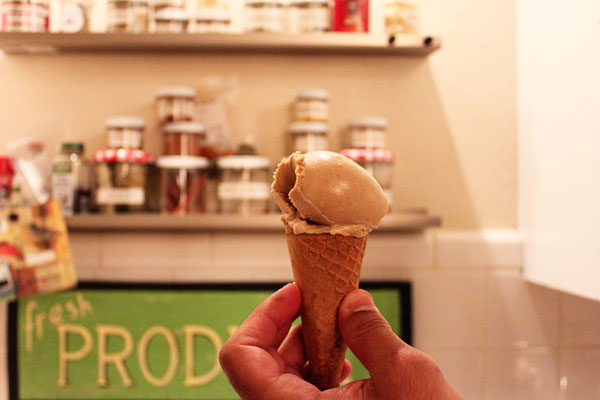 Dessert: I made another batch of ice cream! This time it’s coffee-stout ice cream, and it’s stupendous. Justin had a coneful, and I had a spoonful, plus a taste of these little Russian butter biscuits and some halva that Justin picked up at the Russian market. Yum. 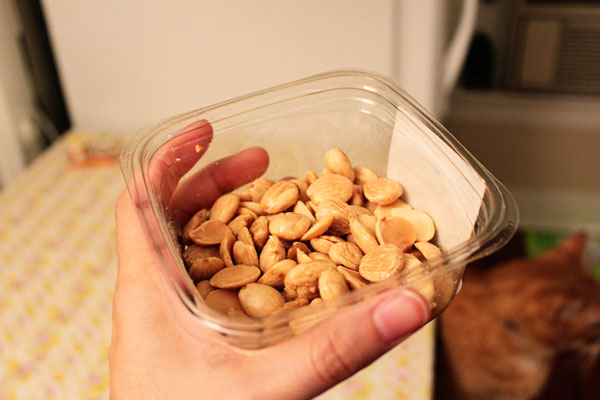 Snack: Marcona almonds, my favorite. They’re so expensive, though, so I try to eat just a few at a time. And there’s Roux again. I think he likes being in photos. 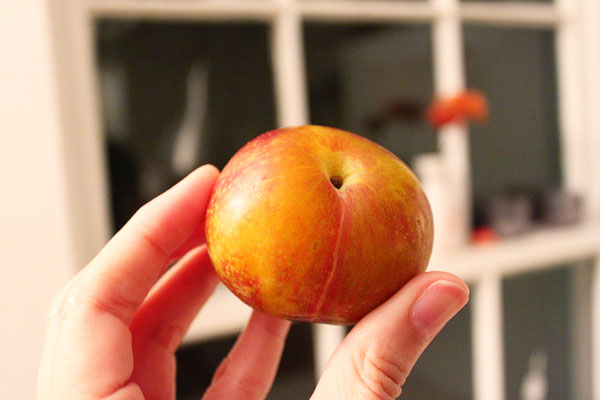 Snack #2: Plumcot. You need lots of snacks when you’re watching movies – tonight we watched Kung Fu Panda and True Grit, and both were excellent.

I love the library. I can pick up eleventeen books, and if I don’t like one, I can stop reading it and return it. Such freedom! I usually just go straight to the new books section, and pick out a few that look good. That’s how I found The Sea Captain’s Wife, which is now one of my favorite books.