After eyeing other people’s choices (such as strawberry cheesecake and root beer, below), Justin and I ordered our sweets. 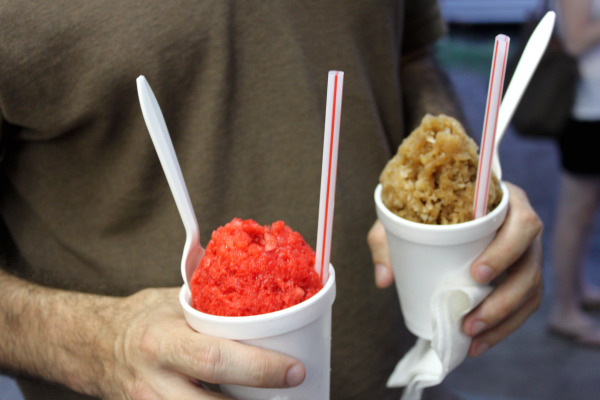 Sno cones are taken very seriously at Casey’s. I chose the Mounds bar, made with chocolate and coconut. The (housemade) chocolate syrup is poured in slowly, in two rounds, to fully soak in. 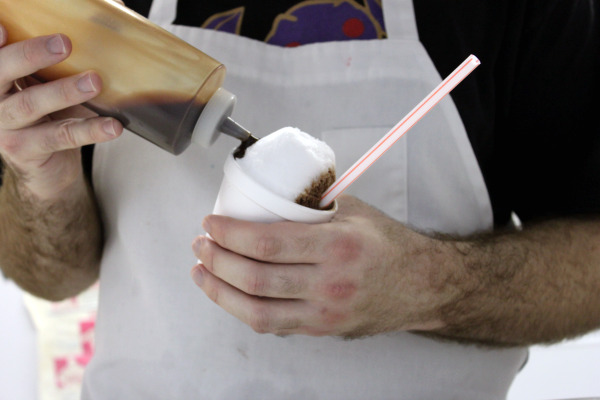 Then the coconut syrup is added. 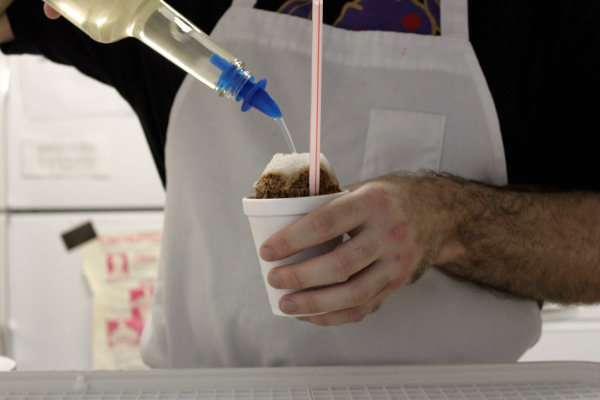 Justin chose TWO sno cones (it’s so fun to be an adult, and be able to have two sno cones if you want). One was chocolate covered cherry, made like the Mounds one above, but with cherry instead of coconut. The other was mango, with a chile-lime-salt topping. First, the mango syrup: 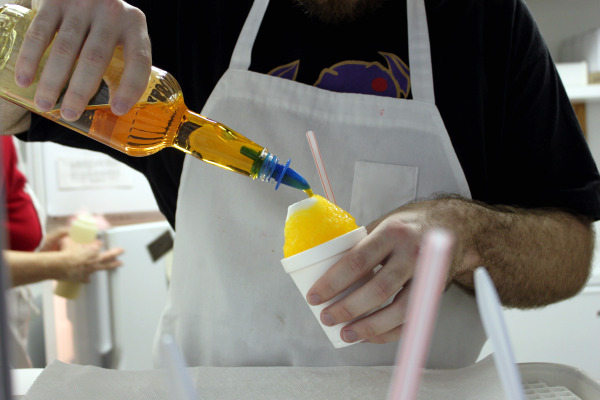 Then a hefty sprinkle of chile-lime-salt powder. 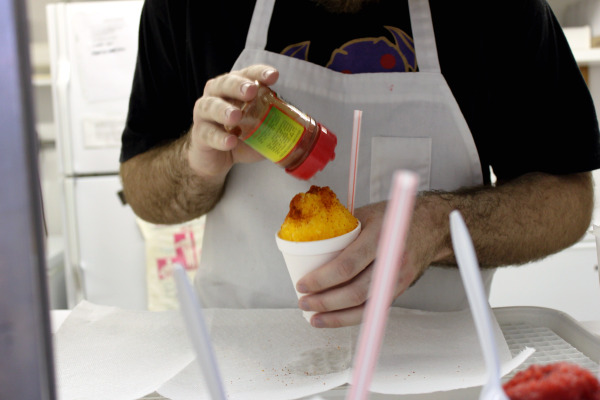 All three were super-delicious, though I was still pining for a pickle juice sno cone. I’ll have to hunt one down elsewhere. 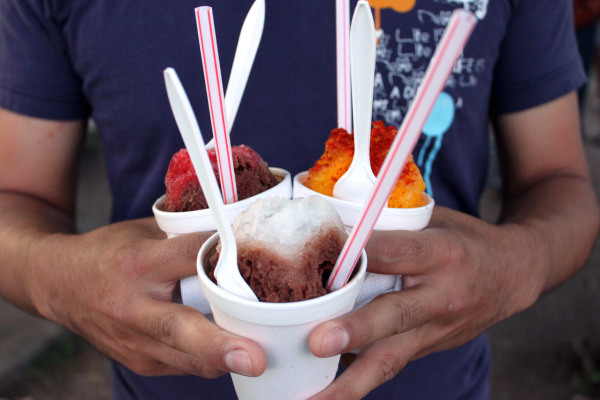