I had heard great things about El Arbol, so I was excited to try it out. We tried mostly appetizers and sides, because they looked the tastiest. My overall impression: some of the dishes were good, some were really, really great. (Unfortunately, I can’t link to their website because apparently their domain name expired. Not good.) It’s back up!

The outdoor patios are lovely, and the upstairs dining room/bar area is dark and cozy. Unfortunately, we were seated downstairs in the white dining room, in full view of the kitchen. Instead of feeling like we were in a show kitchen, it felt like we were in the cheap seats (we think it has something to do with the low ceilings and cafeteria-like feel to those tables).

There were booths in the downstairs area that probably would have been a bit nicer. 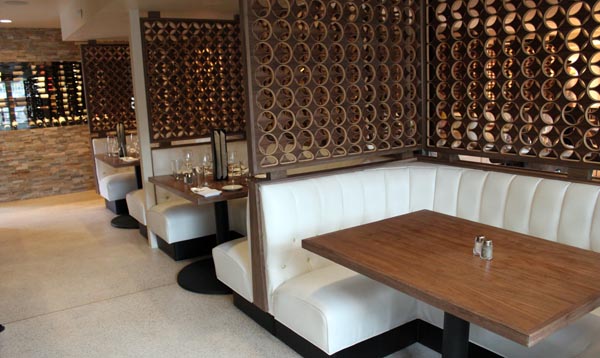 But they just didn’t compare to the darker upstairs area. 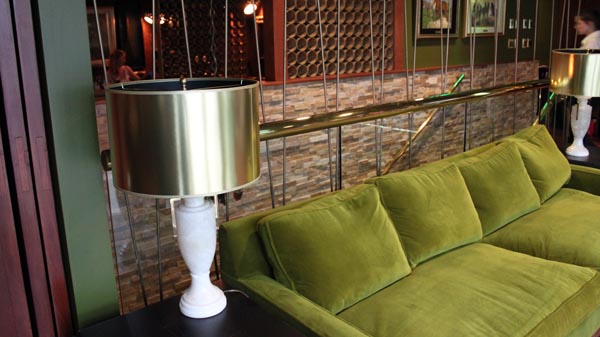 As for the food… we ate a heckuva lot. They brought out some bread with hummus-type spreads, which was really good. 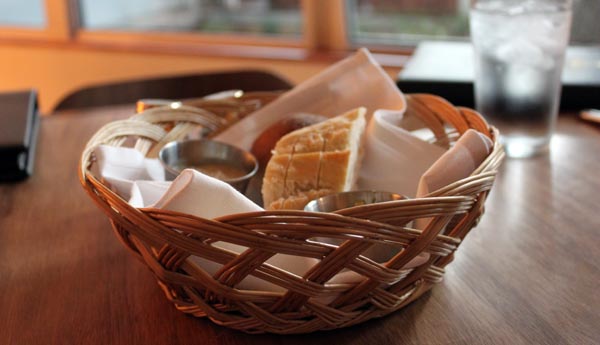 The empanadas were sooo good… the crust was flaky and flavorful, and we loved all three of the fillings. 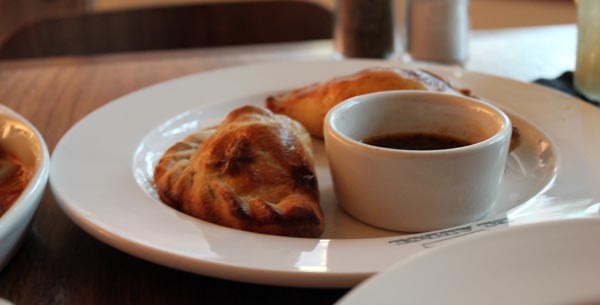 The ceviche was good, though not wonderful. The roulades of beef were tender and tasty, filled with pieces of hard boiled egg and served with a malbec sauce and mustard. In the background is Justin’s caipirinha, which was pretty tasty. 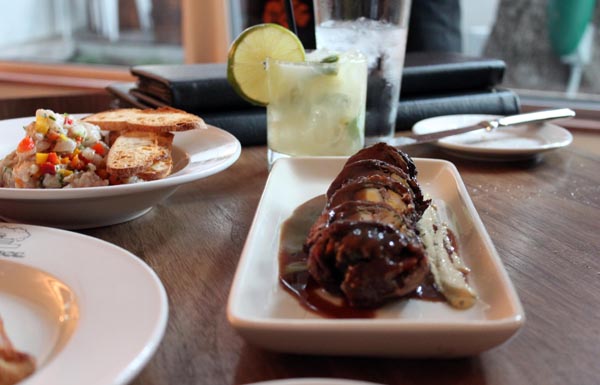 The gnocchi was really delicious, with a perfectly crisp crust and light, fluffy, non-gummy interior. 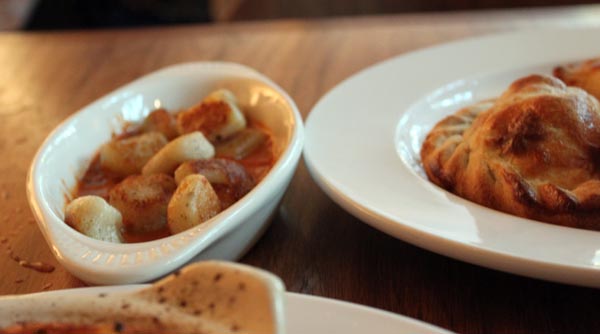 The seafood salad was a nice mix of scallops, squid, and fish, lightly dressed. We liked this better than the ceviche. 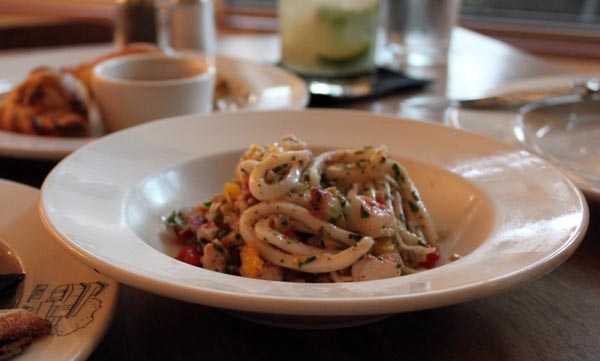 This was literally a dish of provolone cheese, toasted. It was super-decadent, but also so delicious. They only served these little crostini with everything (the provolone dish, the ceviche…), but there never seemed to be enough of them. 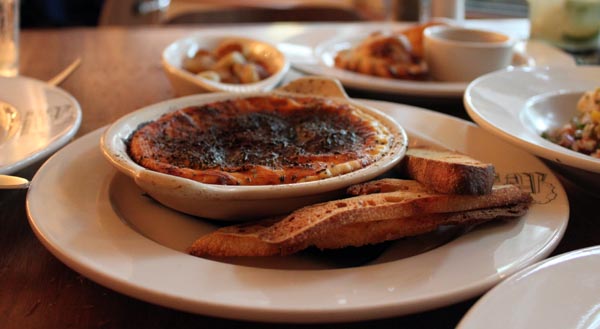 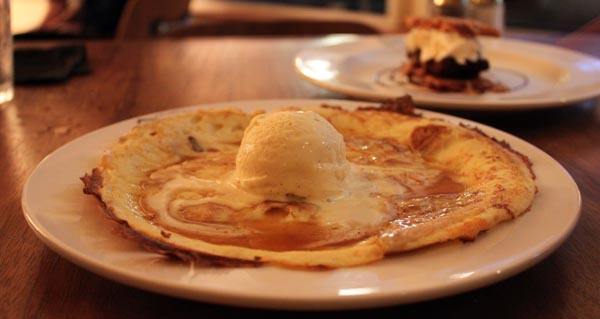 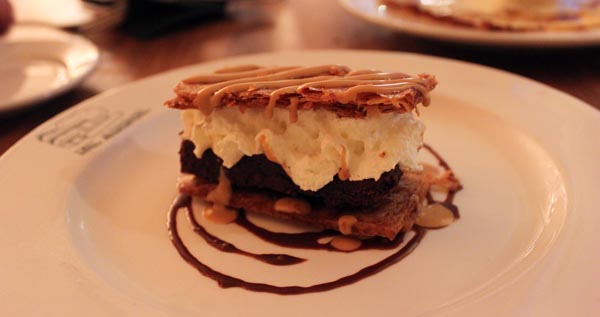 So most of the food was great, most of the drinks were good (my frozen rita was really, really lime-y), and the service was quick and friendly. I’d go back for empanadas and caipirinhas (especially if they serve food at the lovely bar upstairs), and the chocolate dessert, but I’d request an upstairs or patio seat for sure.