Hooray for film festivals! Justin and I are all set to watch a bajillion movies this week at the film festival. We never really attend any of the actual panels or music stuff or interactive stuff… we just get a film pass and watch lots of movies.

Last night was the first night of the festival, and we watched two really great films:

The Girl with the Dragon Tattoo

This was SOOOO good. Though I should mention that I have read books 1 and 2 of this series, and am slightly obsessed with them. 🙂 I’m anxiously waiting for May, when book 3 comes out in English translation. The series was written by Stieg Larsson in Swedish, and has only recently been translated into English. All three films have already been made and released in Sweden, but the first film is just now being released in the U.S. I really hope it is well-received here, so that they release the second and third films, too! Anyway, I thought this was an awesome adaptation of the book, and I was really happy with the actors they chose for each character, especially for Lisbeth. 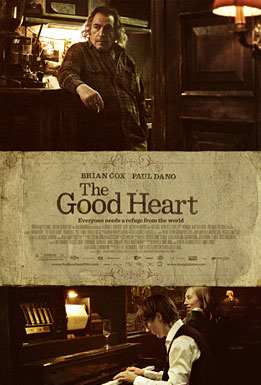 I loved this movie… predictable, maybe, but still really good. It’s quiet, slow-paced, heavy, saturated. I cried quite a bit, and I fell in love with Brian Cox. He plays such a perfect old curmudgeon, bitter and narrow and yet somehow still loveable.

Today I have a list of four movies I’m interested in watching. We’ll see if I make it through all of them.