Justin and I had dinner at Imperia last night. I had been craving it for a while… it’s Asian fusion food, I suppose, and it reminds me of Hawaii.

We were seated at 6:45, and waited quite a while for the waitstaff to stop by and take our order (even just for drinks). We had hoped to order before 7:00, but apparently we didn’t, because we were charged full price for everything (rather than happy hour prices). This was a little annoying, because had we been attended to more quickly (waiting 15 minutes for your waitstaff to acknowledge you is not a good thing), we could have taken advantage of the lower prices. As a result, this dinner was mighty expensive, and not something I’d pay that much for again.

Justin had a Manhattan, and I had an Imperial Bubble Bath (it’s nice and girly, all pineappley and sweet). We had the house edamame and Justin had some miso soup. We love this edamame – sauteed and a bit charred, with red chiles and lemon. The miso soup was also really tasty. 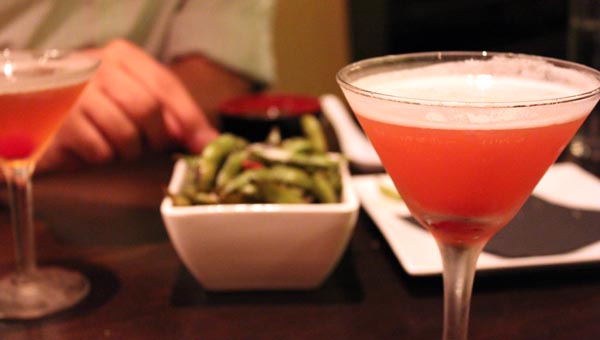 Justin tried the duck spring rolls, which were good, and I had the pork and Asian pear shiu mai. I loved the shiu mai last time, but this time the filling seemed a bit too sour (lime? vinegar? too much pear?), and the pork extra chewy. I didn’t finish them. 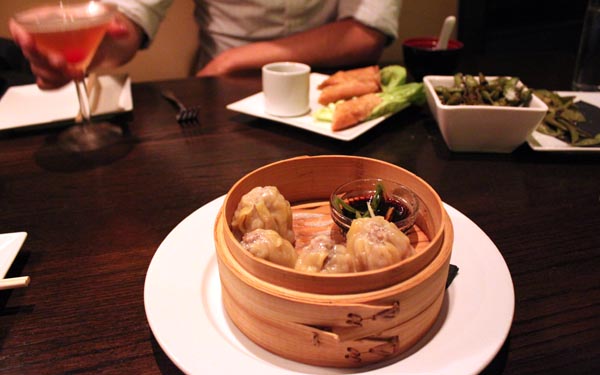 Some nigiri… yellowtail, salmon and escolar for me, baby yellowtail, snapper and eel for Justin. Mine were so good I ordered another each of the escolar and salmon.

We ordered the poke, in hopes of it bringing us back to Oahu… but it was nothing like Hawaiian poke. Still, if you just think of it as a raw tuna dish with avocado, sriracha and white chocolate, it was pretty good. 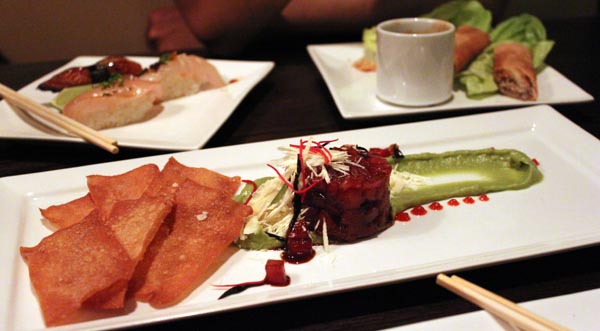 We had the banana dessert, a steamed cake of banana rice with vanilla ice cream and caramel sauce. It came wrapped in a banana leaf like a little present. I loved the rice cake and caramel, but the ice cream was boring (Blue Bell, maybe?). 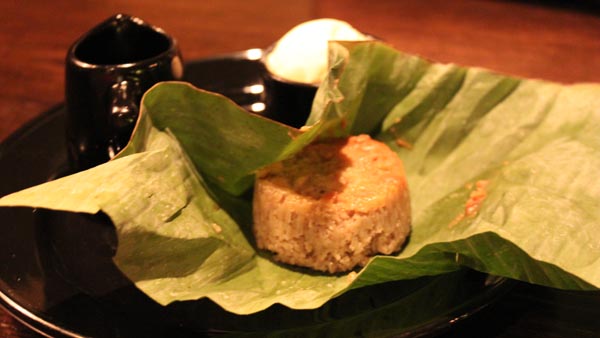 So, some good things, some bad things. And now I’m craving sushi. 🙂

Leave a Reply to Rachel @ boots in the oven Cancel reply