Last night we met some friends at Kung Fu Saloon. It’s a new arcade bar off West 6th Street. I had hoped it would be a comfy hang-out spot, but it still seemed to cater to the crazy-singles crowd. We didn’t stay long, though we did play Street Fighter II for a bit.

Afterward, I was hungry, so we decided to try out 24 Diner, a new 24-hour restaurant not far from our home. I completely loved the decor of the place… 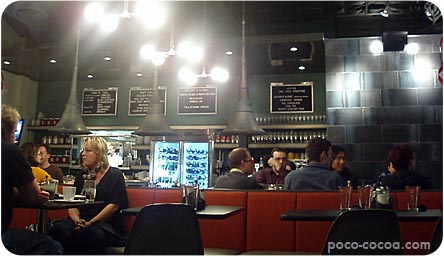 It was comfy but modern. I especially loved these chairs: 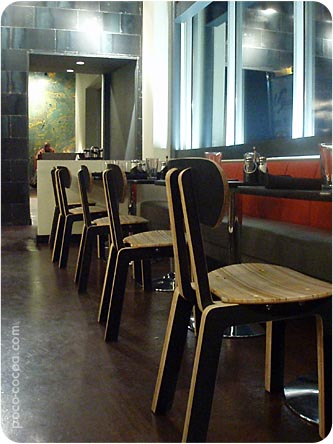 We loved the cups and the silverware, all with a square-ish modern feel. 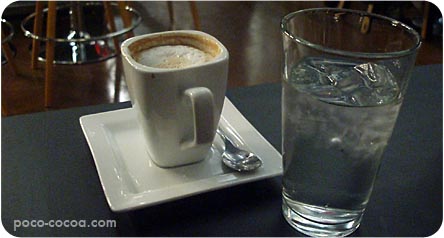 The food was pretty good, but seemed a bit expensive (burgers ranged from $8.95 to $11.95, entrees from $9.95 to $19.95). The guys decided to start with “Sparkies” ($6.85), which were pickled jalapenos stuffed with cheddar, encased in sausage, and deep fried. They were served with a buttermilk dressing. They were actually a bit spicy, and as good as any fried cheesy jalapeno thing could be. 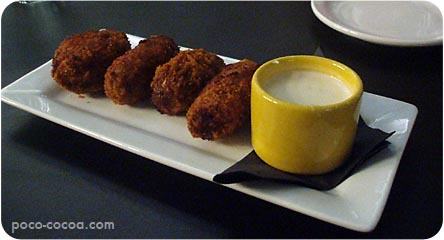 My friend Jason tried the waffle breakfast ($7.75) with potatoes instead of eggs, sausage and maple syrup. I snagged a little taste of the waffle, but all I could taste was the maple syrup, because he DRENCHED them in it. 🙂 Still, it was good. 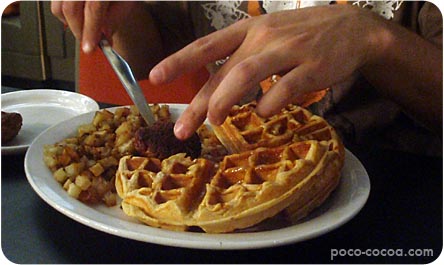 Justin went for the hash ($8.85), a mixture of skillet fries, onion, bacon, sausage, cheese, and jalapenos, served with two fried eggs and toast. This was yummy, especially with the runny eggs underneath. It also came with a bowl of fresh fruit, but we had a mix-up, and Jason ate it instead. 🙂 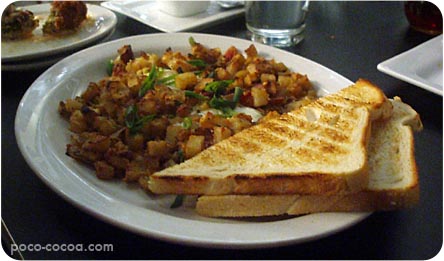 I opted for the patty melt ($9.45), served on sourdough toast with Gruyere and caramelized onions. Next time I’d ask to leave off the onions, because I just wanted the meat and cheese. I also chose whipped potatoes as the side dish, and they were incredibly good… buttery and rich. 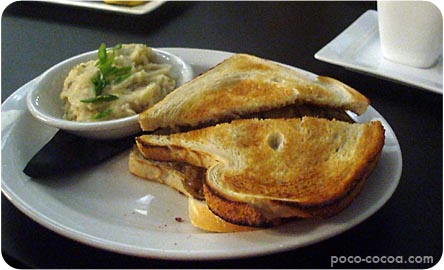 Overall, 24 Diner is a comfy spot for late-night eats. We’ll probably go back when we need a late-night option, since I liked it MUCH better than Magnolia Cafe or Kerbey Lane. It’s nice to have an all-night diner so close to home!