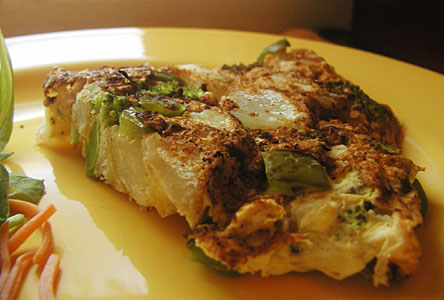 3 responses to “My first frittata”