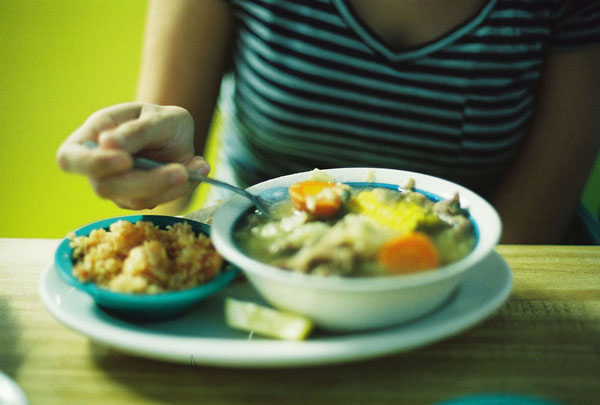 So there’s this thing called caldo. It’s a Mexican soup of sorts, and it can be made with beef (caldo de res) or chicken (caldo de pollo). My mom used to make it for us, and it was one of my favorite things. It’s just soup – I think my mom often used chicken on the bone or chunks of beef, plus potatoes and carrots and tomatoes and mixed vegetables and sometimes cabbage and other magical things. It’s so very good.

I remember going to my aunt’s house once when I was little, and we had caldo for lunch. But her caldo was completely different from my mom’s. It tasted different, and she used whole chunks of corn on the cob, and huge chunks of potato and carrot. Of course I ate it, but it just wasn’t my mama’s caldo. (Although I do remember that she also made quesadillas, and she used corn tortillas and asadero cheese, and they were the best quesadillas I had ever had. Note to self: buy asadero cheese.)

Then I went away to college and there was no more caldo. Until I found this tiny restaurant called Garcia’s, and on Saturdays and Sundays they would serve caldo de res. And it tasted a lot like my mom’s. So just about every weekend, Justin and I went to Garcia’s for brunch, and I would eat caldo and he would eat everything else on the menu.

And then we moved to Austin, and there was no more caldo. I’ve tried to make it a few times, but it just doesn’t taste like my mom’s. (Why is that? No matter how I try, my food just doesn’t taste as good as my mom’s.) And then I found Joe’s Bakery. And life was complete again. 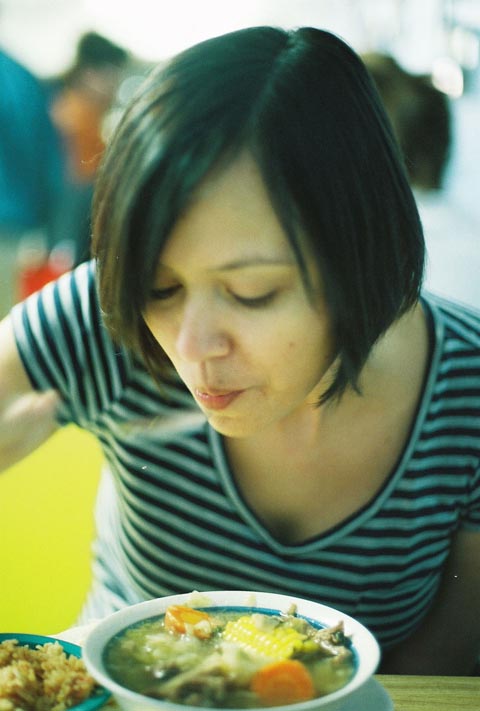 Joe’s has lots of great stuff. They have down-home Tex-Mex food, and homemade flour tortillas, and really good refried beans and rice. They have a bakery case full of pan dulce and pink party cake and marranitos. They have a jukebox with old Tejano tunes, and waitstaff who will come to your table and sing Las Manañitas on your birthday. And they have caldo de res, EVERY DAY OF THE WEEK. It usually tastes like my mom’s (one time there wasn’t enough salt, but I let it slide). The only problem is that they use whole chunks of corn on the cob, which just isn’t right. But! Other than that, it’s really good caldo.

That’s really all, I just wanted to talk about caldo. 🙂 Happy Tuesday, internets.