I find a spot and head inside, and I’m greeted right away by a sweet waitress who remembers me from my last visit. “Sit wherever you’d like, hon!” And so I do. I snag a seat at the counter and listen to the ruckus of a room full of people having lunchtime conversations. 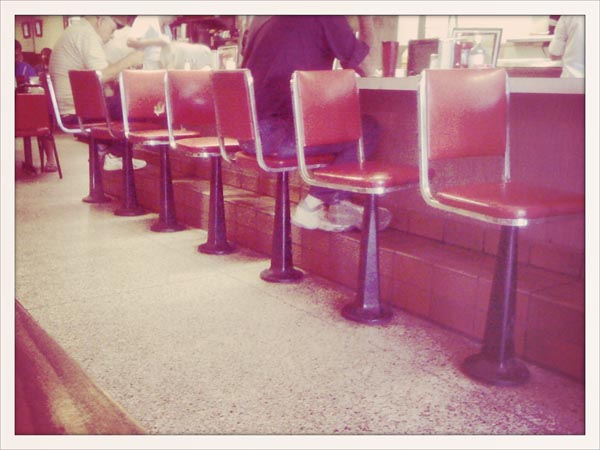 The counter waitress asks what I’d like to drink.

“Water, please. And do you still have chicken and dumplings?” (I’m really worried that they sold out.)

I would. I would like some, with coleslaw and scalloped potatoes and turnip greens. I don’t have to wait long until my plate is in front of me, piping hot. The waitress brings over a dinner roll and a corn muffin. It’s a ton of food. I eat. 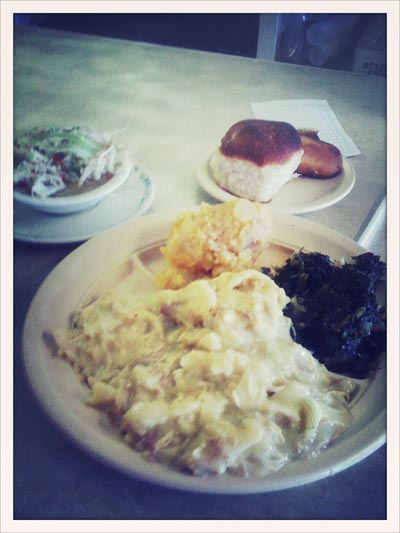 An older man sits next to me and notes that I’m eating chicken and dumplings. He approves. He orders pork roast with beans, potatoes and greens. He says his name is Deaf Ed.

Deaf Ed spent the morning on a tractor, but the heat was too much, and so he’s done for the day. He likes just about everything they serve at Arkie’s, but his favorite is meatloaf on Mondays.

He’s ready to do some traveling. He wants to see Vietnam again, this time without anyone shooting at him. He wants to visit Thailand and the Holy Land.

Deaf Ed is completely deaf in his left ear and mostly deaf in his right ear as a result of a tumor that grew in his brain. His doctor says the tumor was related to Agent Orange exposure. He had the tumor removed, but as a result, he had to give up SCUBA diving, which he misses dearly. He tells me about his top-quality gear, his underwater cameras and lights, and the islands that he’s visited. He says that diving lets you see the other 90% of the ocean that you miss when you’re just snorkeling. He says the best time to dive is at night, because a whole new host of creatures comes out to hunt – he particularly loved to watch the octopi.

Deaf Ed talks about how the quality of food went downhill when convenience became a priority. He tells me about his grandmother, who used flour, lard, butter, sugar and salt to make some of the best food he’s ever tasted. He says that the chicken and dumplings at Arkie’s are almost as good as his grandmother’s, and that’s saying a lot.

He says he’s probably the only person in the room who knows how to wring a chicken’s neck. He says the only eggs worth eating come from hens you raise yourself. 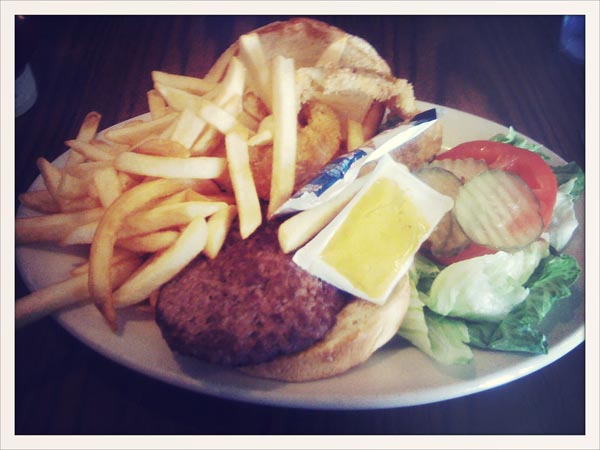 It’s time for me to head back to work, so I say goodbye to Deaf Ed and pay my bill (which comes to about $7.00). I leave a big tip and head back out into the heat, smiling. Life is good. As stressful as it is to write this book, it has led me to Arkie’s and Deaf Ed and an appreciation for food that lies beyond sushi and pork belly and microgreens. And for that, I’m grateful.