First of all, thank you all SO MUCH for your awesome comments and messages about the book! It’s such a scary process… it helps so much to know I have all of you rooting for me. 🙂 Also, though I’ll probably be posting lots of restaurant photos in the upcoming months, I won’t be able to post them all, and I won’t be able to tell you which ones will be in the book (not because it’s a secret, but because I won’t know myself until it’s all said and done, really). Still, I love sharing food photos with you guys, so I’ll try to keep doing that as much as I can! There will likely be much more photos than words from now on… my food words are being all used up. 🙂

We tried Matt’s El Rancho again a few nights back. We had been there before a few years ago, but I don’t remember anything about the food because while we were there, this older couple sat at a table across from us, and were quite distracting… there was much groping (he grabbed her boob! in front of everyone!) and flirting and lewd conversation. I was pretty much scarred for life. But! Matt’s has been around for a bajillion years, and we decided to go back and try it again. 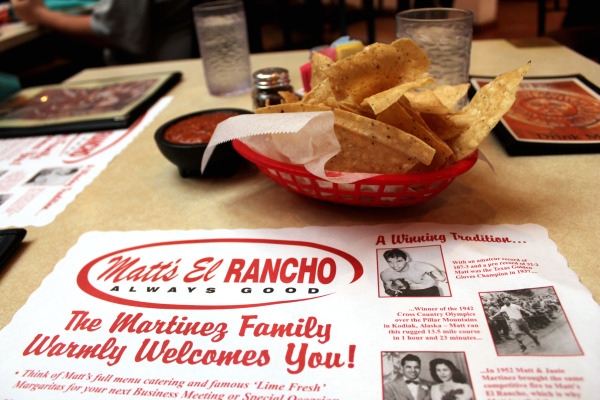 Bob Armstrong Dip… queso with a dollop of guacamole and a spoonful of taco meat. 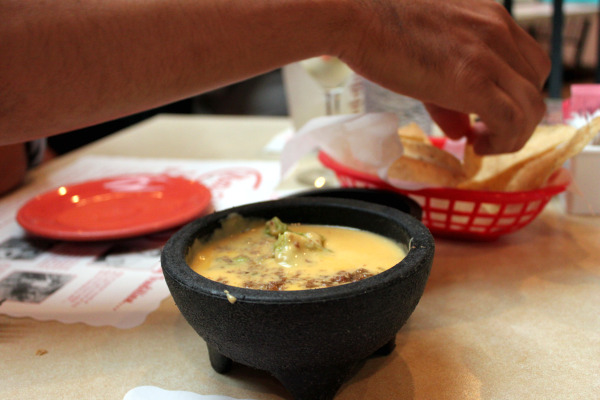 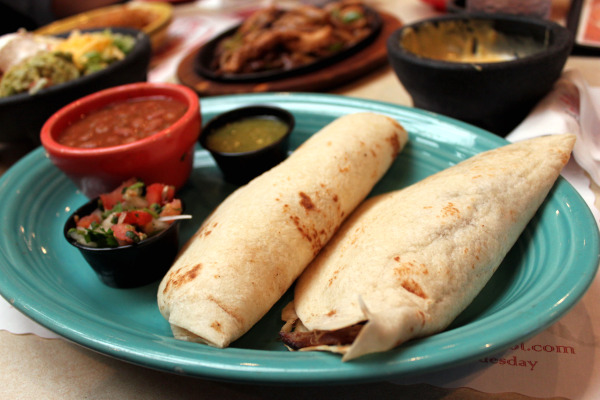 Combo fajitas (and a Mexican martini in the background). 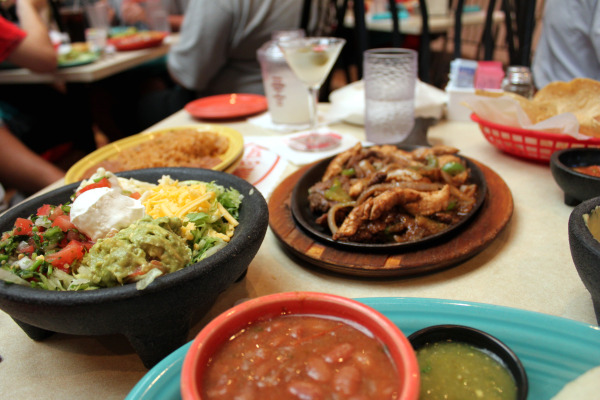