Yes, we eat here almost every week. And yes, we still love it. And yes, I’m going to post it AGAIN. Get over it.

We had dinner at FINO on Friday with Rachel and Logan. Our wonderful waiter/wine guru Josh picked out our menu… he just brought dish after dish until we said, “Uncle!” And then we moved over to the bar and had drinks with Bill. Because he rocks.

Here’s what we had (sorry the pictures are kind of dark… it was quite dim and romantic-like in there): 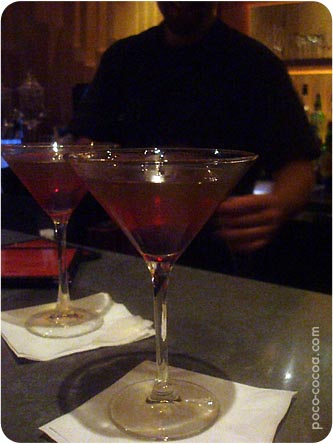 Bill’s drink special for the weekend was the Bad-Ass Manhattan. Really, that’s what it was called. It’s made with Rittenhouse straight rye, Antica Formula vermouth, aromatic bitters and a house-preserved cherry. 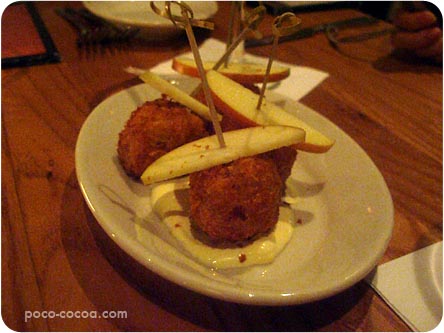 Pork belly croquettes with saffron rice and sliced apples. We had these at the FINO Gourmet happy hour last week, and I was happy to see them make a reappearance. 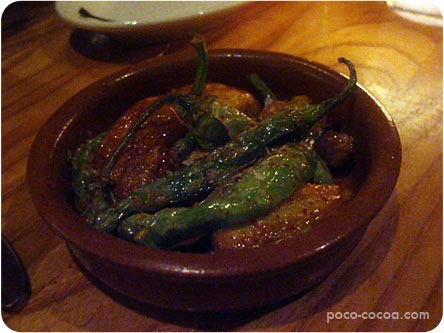 Blistered padron peppers with sea salt & espelette. Ohmyga. This is my new favorite thing, EVER. I first saw blistered peppers as an appetizer here, and I’ve been craving them ever since. And wouldn’t you know? They’re the best thing ever. 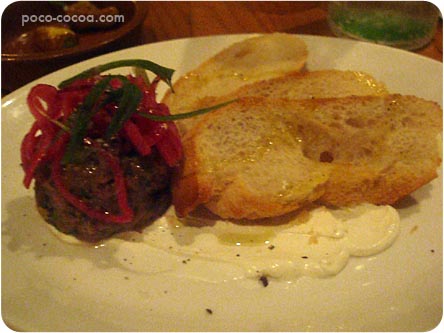 The small plate special was beef tartare with crostini and pickled red onions. We all thought this was a bit too spicy… not hot spicy, but just really flavorful, and so it overpowered the raw beef. Still, it was good. 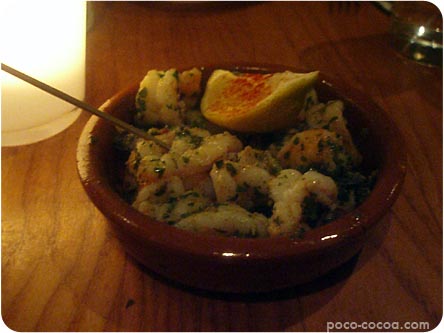 Gulf prawns with cilantro-lemon chermoula. These were amazing. The prawns were perfectly cooked, not rubbery or chewy, and the lemon-cilantro sauce was a perfect compliment. 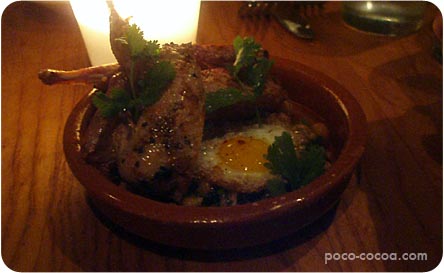 Quail with chickpeas and a fried quail egg. The quail was succulent and dainty, but my favorite part was the chickpeas doused with runny egg yolk. 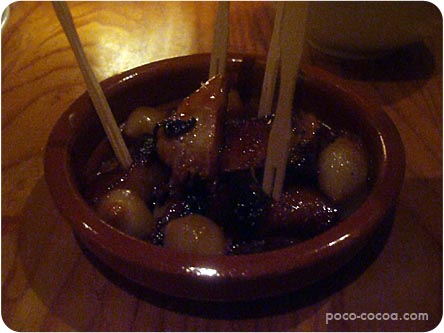 Pork belly with roasted pearl onions. I didn’t see this on the menu, but it was amazing. Well, you know me and pork belly. I do love it so. 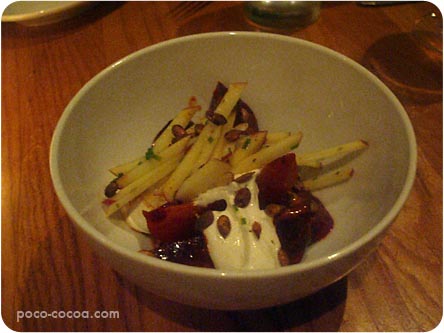 Harissa beets and apples with lime yogurt and spiced pepitas. I loved this… it reminds me that I seriously need to start roasting some beets around here. And eat them with apples. And yogurt. 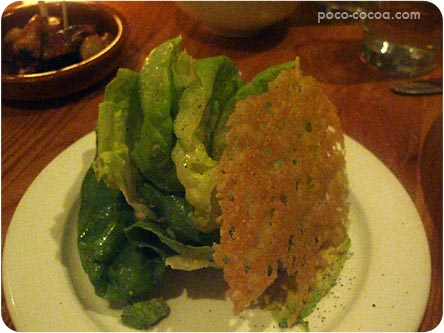 Dressed butter lettuce with a Parmesan crisp. I didn’t see this on the menu, either, but it was so nice and refreshing after all our meaty small plates. And then, we moved on to meat. Again. 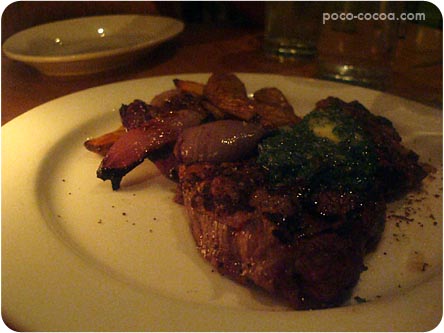 The dinner special was a mixed grill with sumac onions, parsley butter and crispy fingerling potatoes. We argued with Josh a bit, because it was really just a grill, not a mixed grill. But still, the beef was delicioso. 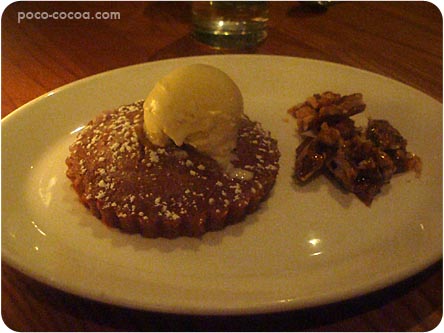 The dessert special was a zucchini spice cake with cinnamon ice cream and walnut brittle. For some reason it seemed brave to me for FINO to put a zucchini cake on the menu as a dessert. It was moist and tasty, and a nice end to our meal.
I now return you to your regularly scheduled non-FINO obsessed day. 🙂
Share this article